As the Internet’s power grows — dominating our public discourse and driving deeper into every industry and commercial realm — it becomes a bigger target. As the key platform of our knowledge economy, it invites mischief, or worse.

Most digital citizens know the hassles and even dangers of viruses, phishing, and all manner of mal-ware. But cybersecurity is a much broader and deeper topic, and will grow ever more so. The Center for Strategic and International Studies published a good report on December 8 detailing the threats and offering recommendations to “the 44th Presidency.” CSIS suggested a number of specific actions, among them:

(1) a comprehensive national strategy; (2) that the White House lead the effort; (3) that we “regulate cyberspace”; (4) that we authenticate identities; (5) modernizing old laws not suited to the digital networked world; (6) building secure government systems; and (7) not starting over, given what they saw as the previous administration’s productive start.

Yesterday the Senate Commerce Committee moved the ball forward with a hearing on the topic, including the head of the CSIS study James Lewis, nuclear engineer Joseph Weiss, cyber-guru Ed Amoroso of AT&T, and Eugene Spafford of Purdue University’s Center for Education and Research in Information Assurance and Security — better known by its brilliant acronym, CERIAS. END_OF_DOCUMENT_TOKEN_TO_BE_REPLACED

Calm and reasoned discussion in debates over broadband and Internet policy are rare. But Saul Hansell, in a series of posts at the NYTimes Bits blog, does an admirable job surveying international broadband comparisons. Here are parts I and II, with part III on the way. [Update: Here’s part III. And here’s a good previous post on “broadband stimulus.”]

So far Hansel has asked two basic questions: Why is theirs faster? And why is theirs cheaper? “Theirs” being non-American broadband.

His answers: “Their” broadband is not too much faster than American broadband, at least not anymore. And their broadband is cheaper for a complicated set of reasons, but mostly because of government price controls that could hurt future investment and innovation in those nations that practice it.

Ask America. We already tried it. But more on that later. END_OF_DOCUMENT_TOKEN_TO_BE_REPLACED 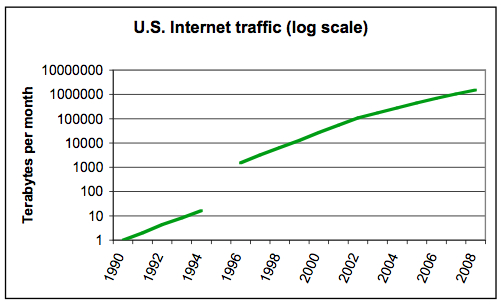