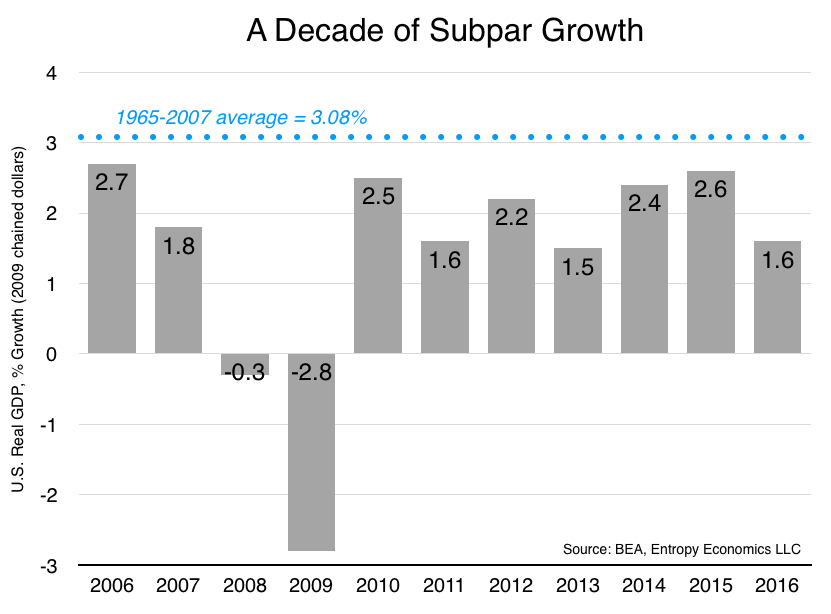 In his big new book on the history and future of innovation, Northwestern University economist Robert Gordon argues that information technology is a spent force. Computers and networks just aren’t as powerful as previous inventions, he argues, and the U.S. should expect another 25 years of relative stagnation. He thinks productivity growth up to 2040 will be just half our historical average, meaning tens of millions of middle-class workers will struggle to get ahead.