See our new paper estimating the growth of consumer bandwidth – or our capacity to communicate – from 2000 to 2008. We found: 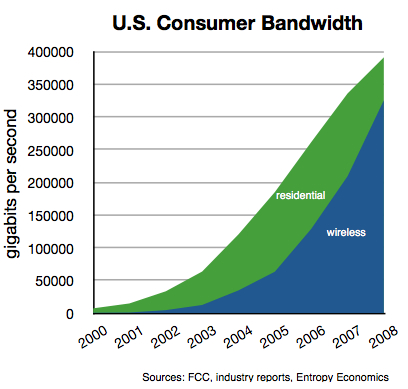 U.S. consumer bandwidth at the end of 2008 totaled more than 717 terabits per second, yielding, on a per capita basis, almost 2.4 megabits per second of communications power.